Lack of seatbelt use amongst Ontarians alarming 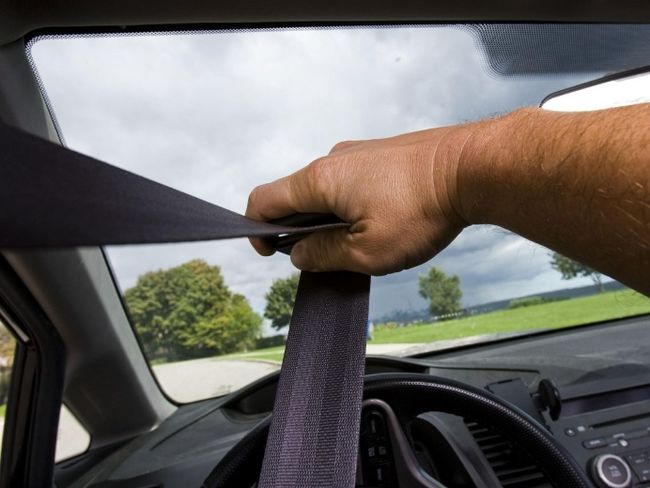 Ontario Provincial Police are reporting concern after their Easter seatbelt campaign resulted in a five-year high in charges.

Officers reported laying 1,524 charges for failing to wear seatbelts between March 30 and April 2 despite “high visibility” and advance warning of the enforcement blitz.

Those in the force’s East Region issued 238 tickets.

“It is concerning that it’s a five-year high and the numbers went up instead of going down,” said East Region Acting Sgt. Tina Hunt from the regional headquarters in Smiths Falls. She said it’s particularly troubling given a recent increase in the amount of fines.

People convicted could face fines ranging from $200 to $1,000 plus, for drivers, two demerit points on their licences for two years.

Last year OPP officers laid 183 charges during the annual campaign. The five-year low was 103 charges in 2016.

“We’ve had 10 seatbelt-related deaths on OPP-patrolled roads so far this year,” Hunt said, explaining the deaths could not be attributed directly to lack of seatbelt use but that the victims “potentially died as a result of not wearing their seatbelts.”

There have been 70 deaths in total on those roads, said Sgt. Kerry Schmidt of the OPP highway safety division.

Deaths of people who weren’t wearing seatbelts account for 14 per cent of the total. That’s in spite of Ontario’s seatbelt compliance rate exceeding 95 per cent.

There were 128 charges in the large detachment area of Stormont, Dundas and Glengarry, north of Cornwall. Hunt said the large number may have been due to extra enforcement in the area. The next-largest number was 18 in the Upper Ottawa Valley detachment area.

Sgt. Kerry Schmidt of the OPP offered no theories as to why charges had increased but said “there is no reason why” drivers and passengers alike shouldn’t be wearing seatbelts.

Drivers are “responsible for themselves as well as anybody under the age of 16” who isn’t wearing a seatbelt, he said.

“If you’re in a wreck and somebody behind you comes rocketing forward, you’re the one who’s going to pay the price,” he added.

Schmidt compared seatbelts to lifejackets: essential to wear in advance of travelling.

He said one officer stopped van carrying at least five people, including one mother who was breastfeeding her child. Children must be fastened properly in safety seats secured properly in the vehicle, he said.

When a vehicle stops abruptly due to a collision, he said, the resulting acceleration subjects a person to forces more than 50 times greater than the force of gravity.

“There is no amount of love that will keep that baby in your arms in the event of a crash.”

He said Ontario’s seatbelt compliance rate exceeds 95 per cent but seatbelt-related deaths surpass those linked to inattention and impaired driving.

The OPP have investigated five impaired-related deaths this year compared to 11 in the same period of 2017, Schmidt said. There have been eight deaths related to inattention, such as distracted driving.

“We’ve had about 17,000 crashes that we’ve investigated this year,” he said, adding the vast majority caused only property damage, not injury.